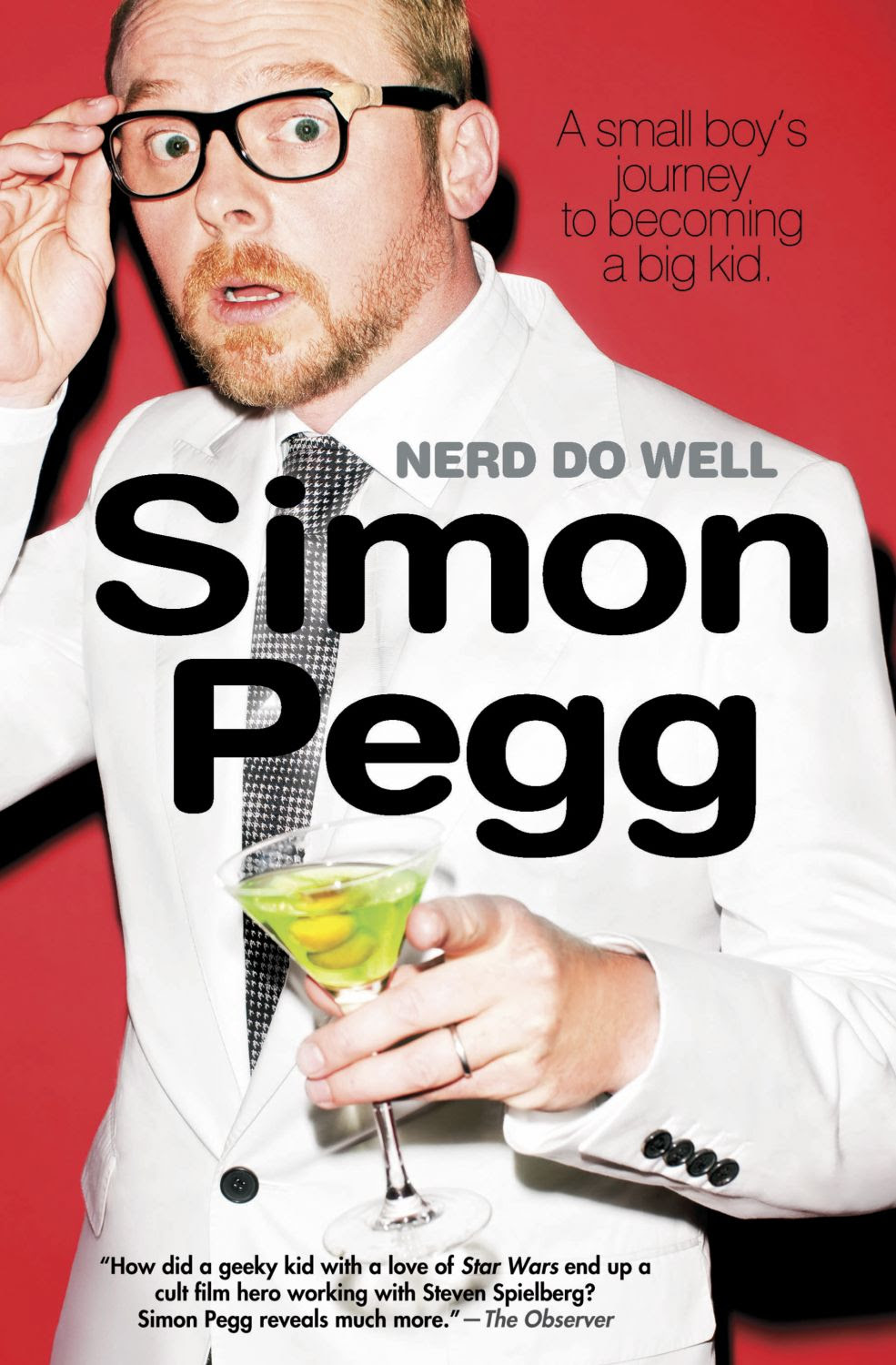 
When I saw that TLC Book Tours was hosting Simon Pegg's book Nerd Do Well, I asked if I could join the tour.  I will say here that I love British comedies and I love some of Simon Pegg's movies.  We own Shaun of the Dead and absolutely love it.  If you've never seen this zombie comedy (zomedy?) go rent it now.  I've also seen Hot Fuzz and Run Fatboy Run which were pretty funny too. (If you have no clue who Simon Pegg is or don't feel like reading the synopsis, check out his video below).


The unique life story of one of the most talented and inventive comedians, star of Shaun of the Dead, Hot Fuzz, and Star Trek.

Zombies in North London, death cults in the West Country, the engineering deck of the Enterprise: actor, comedian, writer and self-proclaimed supergeek Simon Pegg has been ploughing some bizarre furrows in recent times. Having landed on the U.S. movie scene in the surprise cult hit Shaun of the Dead, his enduring appeal and rise to movie star with a dedicated following has been mercurial, meteoric, megatronic, but mostly just plain great.

From his childhood (and subsequently adult) obsession with science fiction, his enduring friendship with Nick Frost, and his forays into stand-up comedy which began with his regular Monday morning slot in front of his twelve-year-old classmates, Simon has always had a severe and dangerous case of the funnies.

Whether recounting his experience working as a lifeguard at the city pool, going to Comic-Con for the first time and confessing to Carrie Fisher that he used to kiss her picture every night before he went to sleep, or meeting and working with heroes that include Peter Jackson, Kevin Smith, and Quentin Tarantino, Pegg offers a hilarious look at the journey to becoming an international superstar, dotted with a cast of memorable characters, and you’re rooting for him all the way.

I was also a bit nervous that since he was British, even though I lived over there for a few months and love British shows and movies, I worried I wouldn't get a lot of references.  I didn't have to worry too much (although there were more 1970s/80s references that I didn't get just because I wasn't old enough back then to watch, say Bionic Man).

What I enjoyed was his memories. Even though his childhood was probably not insanely unique, I enjoyed his stories.  I mean, he gives a Mars Bar to his teacher and chaos ensues, he struggles with his fear of the swimming pool, and while these aren't terribly unique I enjoyed his stories.  I mean, I loved reading about his childhood self who loved performing comedy and really performing anything even if it meant he looked like an idiot doing it.

Perhaps it's his way of writing which makes it feel like he's talking to you.  This would be an awesome audio book if Simon Pegg narrated (I Googled it and he DOES narrate! Yay!).  Interspersed within his memoir is a silly little story staring Simon Pegg as the "world's most famous international playboy and adventurer" who has a sidekick robot.  I know that sounds weird but it really works and my husband and I both enjoyed that little short story.

Perhaps I liked it because while I don't think I'm a huge nerd (I can't program a computer and I've never been to comic-con), I do enjoy some nerdiness.  I loved when he mentioned his cameo in Doctor Who.  I love that show.  I grew up watching it with my dad and being completely confused about what was going on but loving it anyway.  And I loved all the Star Wars and Star Trek references.  I think it's hilarious that I grew up watching Star Trek and playing with Ewoks and my husband really didn't.  Yeah, he makes fun of me for watching Battlestar Galactica too.  What I'm trying to say is that if you appreciate any of these references and think you may be fit somewhere on the nerd radar, you'll enjoy Simon Pegg's memoir too.