The Girl from the Train - Irma Joubert 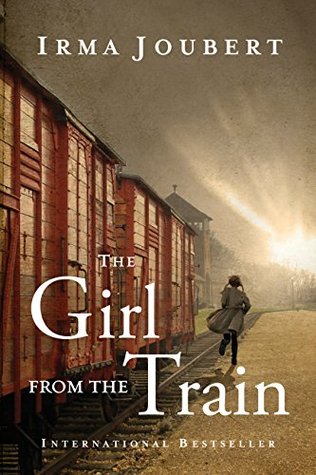 
I love WWII stories. Irma Joubert's The Girl from the Train would be a book I would have picked up to read whether I had received it to review or not.  As the cover states, it was an international bestseller (South Africa and The Netherlands) and was Target's Book Club Pick for November last year.  So it would have been on my radar. Overall I'd say I liked the book but somewhere in the middle it started dragging. Not sure if it was the book's fault or just where I was in my life.

Six-year-old Gretl Schmidt is on a train bound for Aushwitz. Jakob Kowalski is planting a bomb on the tracks.

As World War II draws to a close, Jakob fights with the Polish resistance against the crushing forces of Germany and Russia. They intend to destroy a German troop transport, but Gretl's unscheduled train reaches the bomb first.

Gretl is the only survivor. Though spared from the concentration camp, the orphaned German Jew finds herself lost in a country hostile to her people. When Jakob discovers her, guilt and fatherly compassion prompt him to take her in. For three years, the young man and the little girl form a bond over the secrets they must hide from his Catholic family.

But she can't stay with him forever. Jakob sends Gretl to South Africa, where German war orphans are promised bright futures with adoptive Protestant families - so long as Gretl's Jewish roots, Catholic education, and connections to communist Poland are never discovered.

Separated by continents, politics, religion, language, and years, Jakob and Gretl will likely never see each other again. But the events they have both survived and their belief that the human spirit can triumph over the ravages of war have formed a bond of love that no circumstances can overcome.

Overall, The Girl from the Train was a great book. I am always intrigued by books that were originally written in a different language.  It was translated from Afrikaans by Elsa Silke and she did a wonderful job.  It makes me want to read more books that take place in South Africa - past or present. Have any of you read any good Afrikaans literature?

Joubert's book is all about characters and relationships. You can't but help fall in love with Gretl and wonder how she can manage to end up so sane. It reminded me of another book Broken Birds: The story of my momila which really shows how even though people survived the war they still carried heavy emotional scars.  Jakob is a beautifully written character. I love that people like him are out in the world. You can't help but fall in love with Gretl and Jakob.

Somewhere in the middle of the story, while Gretl is growing up in South Africa, I felt the story dragged just a bit. I'm not sure if it's because I was prepared for more of a WWII story, less of a love story, or just felt that part was overly long...maybe it was just because I was pregnant and got tired easily. Who knows. Still, it's a great story and would make for an interesting book club selection. 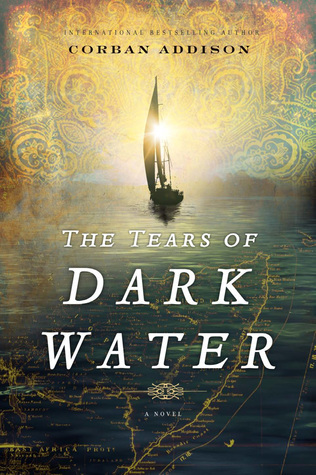 
Wow. I loved this book. One of my favorite things about getting review books is finding and loving stories and authors that I normally would never have checked out. Corban Addison's The Tears of Dark Water is one of these.  I loved his writing and the story is one that will stick with you for a long long time. This is a must read.

Daniel and Vanessa Parker are an American success story. He is a Washington, DC, power broker, and she is a physician with a thriving practice. But behind the gilded facade, their marriage is a shambles, and their teenage son, Quentin, is self-destructing. In desperation, Daniel dusts off a long-delayed dream a sailing trip around the world. Little does he know, the voyage he hopes will save them may destroy them instead.
Half a world away on the lawless coast of Somalia, Ismail Adan Ibrahim is living a life of crime in violation of everything he was raised to believe except for the love and loyalty driving him to hijack ships for ransom and plot the rescue of his sister, Yasmin, from the man who murdered their father. There is nothing he will not do to save her, even if it means taking innocent lives.
Paul Derrick is the FBI s top hostage negotiator. His twin sister, Megan, is a celebrated defense attorney. They have reached the summit of their careers by savvy, grit, and a secret determination to escape the memory of the day their family died. When Paul is dispatched to handle a hostage crisis at sea, he has no idea how far it will take him and Megan into the past or the chance it will give them to redeem the future.
Across continents and oceans, through storms and civil wars, the paths of these individuals converge in a single, explosive moment. It is a moment that will test them and break them, but it will also leave behind an unexpected glimmer of hope that out of the ashes of tragedy and misfortune, the seeds of justice and reconciliation can grow.

There are so many characters and relationships in this novel that can be explored. Corban Addison has multiple characters narrate to really get you sucked into the story.  First there's the failing relationship but possibly hopeful reconciliation between Daniel and Vanessa Parker.  It's one of those marriages that probably look perfect in the family photo but in reality is a crumbling mess.  Quentin is their only child and is in the throes of serious self-destruction.  I found it absolutely awesome that Daniel felt that his son and their relationship was so important that while the family was well off, they did make sacrifices for father and son to travel and bond.  But of course, my two favorite characters were Ismail, the Somalian pirate and Paul, the FBI negotiator.  Ismail is awesomely portrayed not as a terrorist, pirate, or ethnic stereotype but as a sympathetic character who's situation and plight are almost unfathomable to much of the Western world. Paul Derrick's character makes me wish this story was made into a movie. He's one of those characters that has me thinking who would be cast to play his character.

I am going to start following Corban Addison as an author and check out more of his novels. The writing is superb, the story absorbing, and the characters moving. I dare you not to get emotionally involved in this story. Dare you not to shove this book on someone else to read. I'm keeping this one to share with my husband.

Side note: Just read on Corban Addison's Goodreads site that The Tears of Dark Water was listed as John Grisham's favorite reads of 2015. Very cool!