When I saw that TLC Book Tours was hosting the book Anthropology of an American Girl, I asked if I could join along.  I had found a beautiful first edition at a Housingworks Book Sale back (more on my edition at the end) when I lived in New York and hadn't gotten around to reading it yet.  I thought this was the perfect time to read it.

I will say right here that I did not finish it.  Yes.  I'll be honest and admit that. It's not as if I didn't give myself time to read it.  I started it in mid-May and well, I finally gave myself a break and admitted that it's not my kind of tea at page 147.

The synopsis from Goodreads:

Self-published in 2003, Hilary Thayer Hamann’s Anthropology of an American Girl touched a nerve among readers, who identified with the sexual and intellectual awakening of its heroine, a young woman on the brink of adulthood.  A moving depiction of the transformative power of first love, Hamann’s first novel follows Eveline Auerbach from her high school years in East Hampton, New York, in the 1970s through her early adulthood in the moneyed, high-pressured Manhattan of the 1980s.
Centering on Evie’s fragile relationship with her family and her thwarted love affair with Harrison Rourke, a professional boxer, the novel is both a love story and an exploration of the difficulty of finding one’s place in the world.  As Evie surrenders to the dazzling emotional highs of love and the crippling loneliness of heartbreak, she strives to reconcile her identity with the constraints that all relationships—whether those familial or romantic, uplifting to the spirit or quietly detrimental—inherently place on us. Though she stumbles and strains against social conventions, Evie remains a strong yet sensitive observer of the world around her, often finding beauty and meaning in unexpected places.
Newly edited and revised since its original publication, Anthropology of an American Girl is an extraordinary piece of writing, original in its vision and thrilling in its execution.

I have a feeling that this book one of those love it or hate it books.  Yesterday I checked out some reviews on Goodreads because I was really curious to see what other people thought and yeah, it looks like it's a love or hate it type of book.

One of the deal-breakers for me was the writing.  Is it possible that her writing is too good and I just don't get it?  Maybe.  All I know is for the first 10 or so pages I thought "Oh no."  It's so verbose that I couldn't fathom slogging through the next 568 pages.  I feel like her beautiful writing and memorable passages were hidden by all the meandering she did.  Again, this might be something you love or hate.  Here's an example:

We reclined in the sun on a wooden footbridge in back of the nature trail. We hung by our backs from the belly of the earth. We weighed a flawless weight, a liquid and consequent weight, like cylinders half-filled and lying on sides. We were essence and anima, inchoate and divine, complementary and dilute. We were shapes fitting shapes in a universe that was a soft-side maze. (pg 139)

A little wordy? Or beautiful? It's hard to tell.  I'd normally love this type of writing if it was pocketed with gems like this. But it's the entire writing style.  For instance, just a little further down pages 139 is this:

I opened my eyes. Jack's hand was thrust into the air, bobbing wretchedly to chase the able bird. The minute and mortal reach of his limb depressed me awfully. We did not levitate against the arc of the planet as I'd thought - we were mired in circumstance. There was something about the love that did not transfer well from the mind.

Instead of enjoying the writing I kept rolling my eyes thinking no high schooler I know thinks like this. It's also distracting.  There was one point where she was in the school gym and after five pages of rambling it came back to the gym and I was confused because I totally forgot what was going on in the story.  Character's names are thrown out and it takes overly long for me to figure out who they are and how they fit in the story.

I might have been able to get around the writing if it had a compelling story.  At 147 pages I'm still not sure what that story is.  I know it's centered around a girl named Eveline.  At the beginning we know she's engaged to be married at it's 1984.  Then it goes to 1979 when she's in high school.  For the next 125 pages or so all I get out of it is that her best friend's mom dies from cancer which hits her pretty hard, she has a boyfriend named Jack who she loves, a best friend Kate, she gets raped, she has a birthday party, and it's setting up something about a possible affair with a drama teacher.  She's a pretty apathetic character.  I mean, the whole birthday party scene kind of tells it all when she is not fond of the attention and hides behind Jack's character, I think takes some drugs to feel better, and at the end notes "He (Jack) may have had sex with me, I thought he did, I wasn't sure."  (pg 143) I mean, man.  I just couldn't relate to Eveline and didn't really want or need to figure out how the story ends.

I don't know if it's just the timing of me reading that story that's not clicking.  Possibly had I read this in high school I'd have loved it.  I'd be tagging all the beautiful and moving passages instead of the ones I thought were ridiculous.  I checked my Google Reader to see if any blogs I follow had reviewed it and I found one.  The Five Borough Book Review read it and stated, "I did enjoy this one. Quite a lot. Despite not really liking Eveline, I wanted to know how it all turned out. A worthwhile chunkster."  So even though I didn't finish the book, it did make me curious what other people thought.

So have you read this book?  Does it sound like something you'd want to read?

Even more disappointing is how much I wanted to love this book.  From the title (I loved anthropology and should have gone into that field), to the beautiful first edition I have.  It's beyond beautiful.  The hardcover is beautifully bound with a scrolling E (for Eveline).  The pages and type are lovely and it comes with an awesome book mark.  It was obviously made and published with thought and love.  Please note that I read the first edition and not the paperback one now published by Spiegel & Grau/Random House. 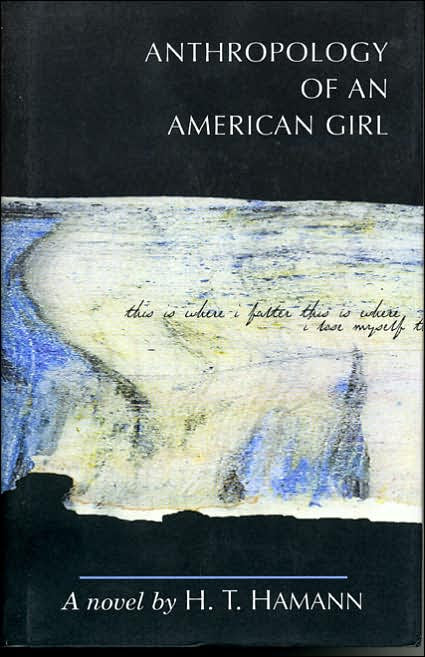