Powers That Be - Anne McCaffrey and Elizabeth Ann Scarborough 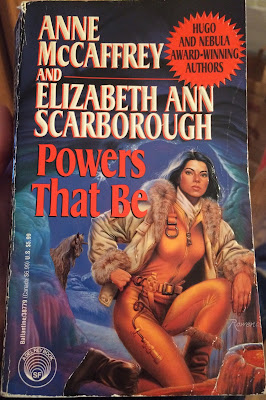 
It's been a while since I've blogged. That doesn't mean that I've stopped reading. I've just found that with three little boys I have a harder time sitting down and doing anything. But I was reading Carl's post about his annual Sci-Fi Experience which I love and decided it was the perfect time to read and blog.

I've been in a huge purging mode at home and decided it was time to read a few Anne McCaffrey books I've had for forever. My dad loved science fiction and we used used to watch Star Trek together and when he passed away in 1998 I hung on to quite a few of his books. This was one of them. I felt that the cover was perfect for a winter read. By the way, the paperback cover is kind of gorgeous. You can't really tell in the photo but portions of the picture are raised and it's just kind of cool. And there's a unicorn...

When I first started reading this, the entire atmosphere of the novel seemed familiar. The setting reminded me of living in Fairbanks, Alaska. After a hundred or so pages I flipped to the back and read about the collaboration between Anne McCaffrey and Elizabeth Ann Scarborough. AHA!  Anne McCaffrey visited Elizabeth Ann Scarborough when she was living in Fairbanks, Alaska. Later they decided to write a story set on an icy planet called Petaybee. I'm sending this book on to my friend from Alaska to see if she gets the same Fairbanks feeling like I did.

So enough about me...what about the book? Well, you've got two award winning authors so of course it's going to be a good read. I totally enjoyed the story and while some of it could be a little hippy for me, it was overall a fun science fiction read.  A total comfort read. My dad didn't have the other two books in the series so I will have to check them out at some point if I can.

Strange things were happening on the icy planet called Petaybee. Unauthorized genetically engineered species had been spotted. Geologic survey teams sent to locate newly detected mineral deposits were either coming up empty - or disappearing altogether. And the locals weren't talking - especially not to the company bent on exploiting the planet.

Disabled combat veteran Yanaba Maddock seemed to the company to be the ideal spy: the frailty that made her no further use to the military would be a perfect blind to allow her to get close to the Petaybean natives. But miraculously, with her relocation to the arctic planet came a return of Yana's health and strength. And the more she got to know the people of Petaybee, the more determined she became to protect her new home. 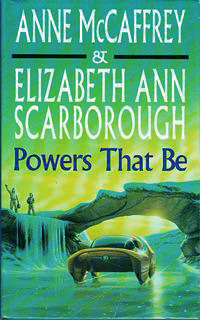 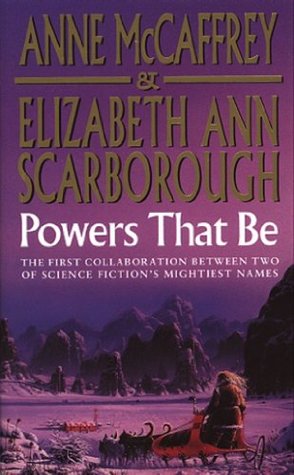 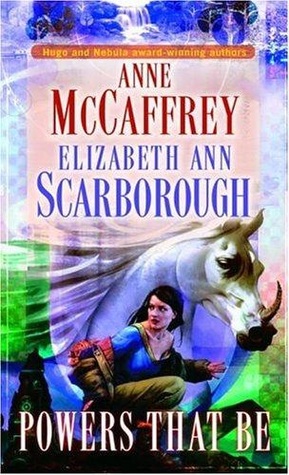