The holidays and stuff

I hope everyone has been having a great holiday season this year! We had a great Christmas here in Las Vegas.  So far the weather is more wintery while still having beautiful blue skies and sunny days.  We even got a bit of snow one night and can see snow in the mountains.

I'm so blessed this Christmas to have my mother-in-law in town -- she keeps a constant smile on our little Rocket's face and gives me much needed breaks to take naps or read frivolous holiday books.  Here's a couple photos from Rocket's second Christmas: 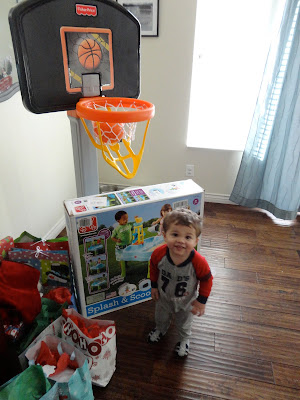 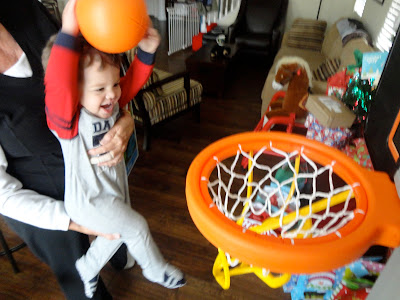 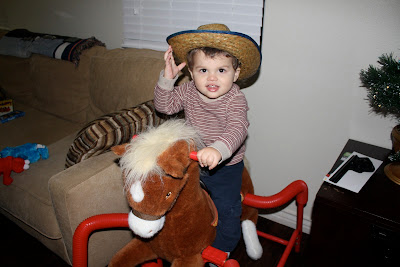 My New Year's Resolution is to clear of my read/to-review shelf.  I can't tell you how many books I've read that I've yet to review.  So while there are many great ones the reviews might be a little "eh" because it's been a while since I've read them.  But my goal is to spew these out so that I can move on.  Kind of like how cleaning house sort of cleans out your brain.

One last picture, I love how my little guy is starting to be such a book worm: 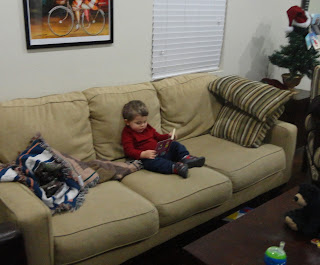 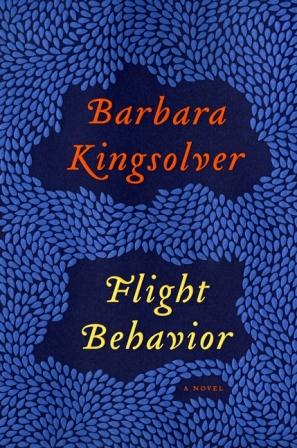 
Barbara Kingsolver is one of my favorite authors.  I devoured and loved The Poisonwood Bible and it's still one of my favorite all-time books. Even my husband adored it and he's very very picky.  Over the last few years I've been collecting her books.  Oddly enough I still hadn't read anything else besides The Poisonwood Bible. I think I was nervous that her other books wouldn't be as good.  So when I heard she was coming out with a new book and I had the opportunity to be on the TLC Book Tour for it I jumped at the chance.  O. My. Gosh.  This proves it...Barbara Kingsolver is one of my favorite authors...I MUST read her other books.

Dellarobia Turnbow is a restless farm wife who gave up her own plans when she accidentally became pregnant at seventeen. Now, after a decade of domestic disharmony on a failing farm, she has settled for permanent disappointment but seeks momentary escape through an obsessive flirtation with a younger man. As she hikes up a mountain road behind her house to a secret tryst, she encounters a shocking sight: a silent, forested valley filled with what looks like a lake of fire. She can only understand it as a cautionary miracle, but it sparks a raft of other explanations from scientists, religious leaders, and the media. The bewildering emergency draws rural farmers into unexpected acquaintance with the urbane journalists, opportunists, sightseers, and a striking biologist with his own stake in the outcome. As the community lines up to judge the woman and her miracle, Dellarobia confronts her family, her church, her town, and a larger world, in a flight toward truth that could undo all she has ever believed.

Barbara Kingsolver proves again to be an amazing writer.  Similar to The Poisonwood Bible, she also proves to be a fascinating writer of biology which I was not surprised to discover she has a degree in.  I went into this book not knowing much - which made it hard to write this review.  I really want you to go into into it with that same wonder unraveling.  If you are like me and are going to read this book, stop right here and go pick it up.  Come back later and tell me what you think.  For the rest of you who need more info....ok it's not really a spoiler so here we go....

First couple of pages we meet Dellarobia, mother of two, twenty-eight years old and married for over a decade.  She's literally fleeing from her life - in a small Tennessee farm town where everyone knows everyone else's business - having an affair would rip her small world apart. But she is prepared to do it until she comes across a jaw-dropping discovery on the mountain behind her house: trees that are apparently aflame but without noise or heat.  It's only a few pages later that we discover that what Dellarobia thought was flame without her eyeglasses was really an entire forest covered in monarch butterflies.  Normally wintering in Mexico, these beautiful creatures have inexplicably settled in the Appalachian mountains during one of the wetest and weirdest winters in remembered history.

Told entirely through Dellarobia's perspective, Barbara Kingsolver does an amazing job bringing this story to life.  While I'm usually drawn into her unique settings, it's usually the characters that end up stealing the show.  Dellarobia is a beautifully drawn out character and while she doesn't have more than a high school education, I loved that Barbara Kingsolver made her voice real without overemphasizing her lack of education or Southern accent.  How refreshing.  While Dellarobia is a character that is striving for something more out of her life, she is also struggling to find her place in her family.  Her in-laws basically rule the roost, her husband doesn't seem to have anything in common with her, and while she adores her two children it just isn't enough for her.  As a side note, there was quite a few things that irked me about Dellarobia but it was interesting that she usually called herself out on them or her best friend Dovey would.

I was a bit nervous after reading the synopsis and then starting the book that the whole religious zealousness over the monarchs on the mountains would be overplayed.  While there is some talk of Dellarobia having a "vision" or being "touched by God," I was relieved to find that Kingsolver didn't make that the focus of the story.  Instead the themes were family and Dellarobia finding her path all with an awesome backdrop of a simultaneous beautiful butterfly appearance and a threatening question of what their appearance means for the world's ecological problems due to global warming.  I loved that Kingsolver was able to really emphasize an aspect of global warming and show the dangers and sadness that is involved.

Just for fun, my growing stack of Kingsolver books: 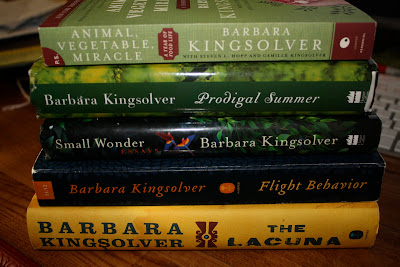 Posted by Amanda at 8:39 AM No comments: