A Train to Potevka - Mike Ramsdell 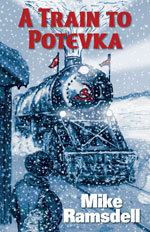 
I have a fascination with Russian history. I'm not sure if it's because my mom's side of the family are Germans from Russia or because I lived in Alaska and love reading about the cold Russian winters. Not sure. But when I saw the cover of this book I thought it would be an interesting read. I was not wrong.

Mike Ramsdell grew up in the small town of Bear River, Utah. He attended Utah State University, the University of Utah Law School, and the Russian Language Institute in Washington D.C. His career specialty in Russian/Soviet counterintelligence has taken him on missions throughout Europe, Scandinavia, Russia, and to Asia.

This book was such a fun read. It's told in a fictional style but the narrator is Mike Ramsdell and it's very obviously a biographical account of his time in the Soviet Union, basically as a spy, during the Cold War circa 1988-2002.  This book was such a cozy easy read. I've been culling my bookshelves so if any book doesn't immediately grab my attention, I chuck it out to donate. So it says something that I enjoyed this book beginning to end.  Imagine meeting a person and learning they used to be a spy in Russia during the Cold War.  Imagine sitting in a cozy setting while they told you interesting real life stories. This is just like that. His stories include a run in with the Russian mob, an escape on the train to Potevka where for days he had no food, and relevant anecdotes of his son and family. The author is a likable person so it's easy to become invested in his story. Now I'm scouring my shelves for more Russian themed books. This one might be next: 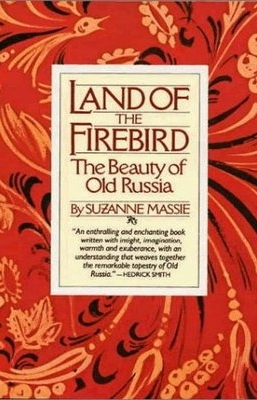